Why this recipe works

This mushroom and leek pie is an example of how you can take a traditionally meaty dish, make it vegetarian and it still be equally delicious and enjoyable. There’s an array of comforting veg which might have you thinking, how can I squeeze this many ingredients into one veggie pie. This pie recipe is packed with sooo much nutrients whilst still being rich, creamy and indulgent. The fact that there’s aubergine in this mushroom and leek pie is pretty rogue but I think the aubergine cubes act as an almost meat substitute. Once we brown the cubes, they take on an intense flavour that contrasts against the creamy sauce within the vegetable pot pie beautifully. 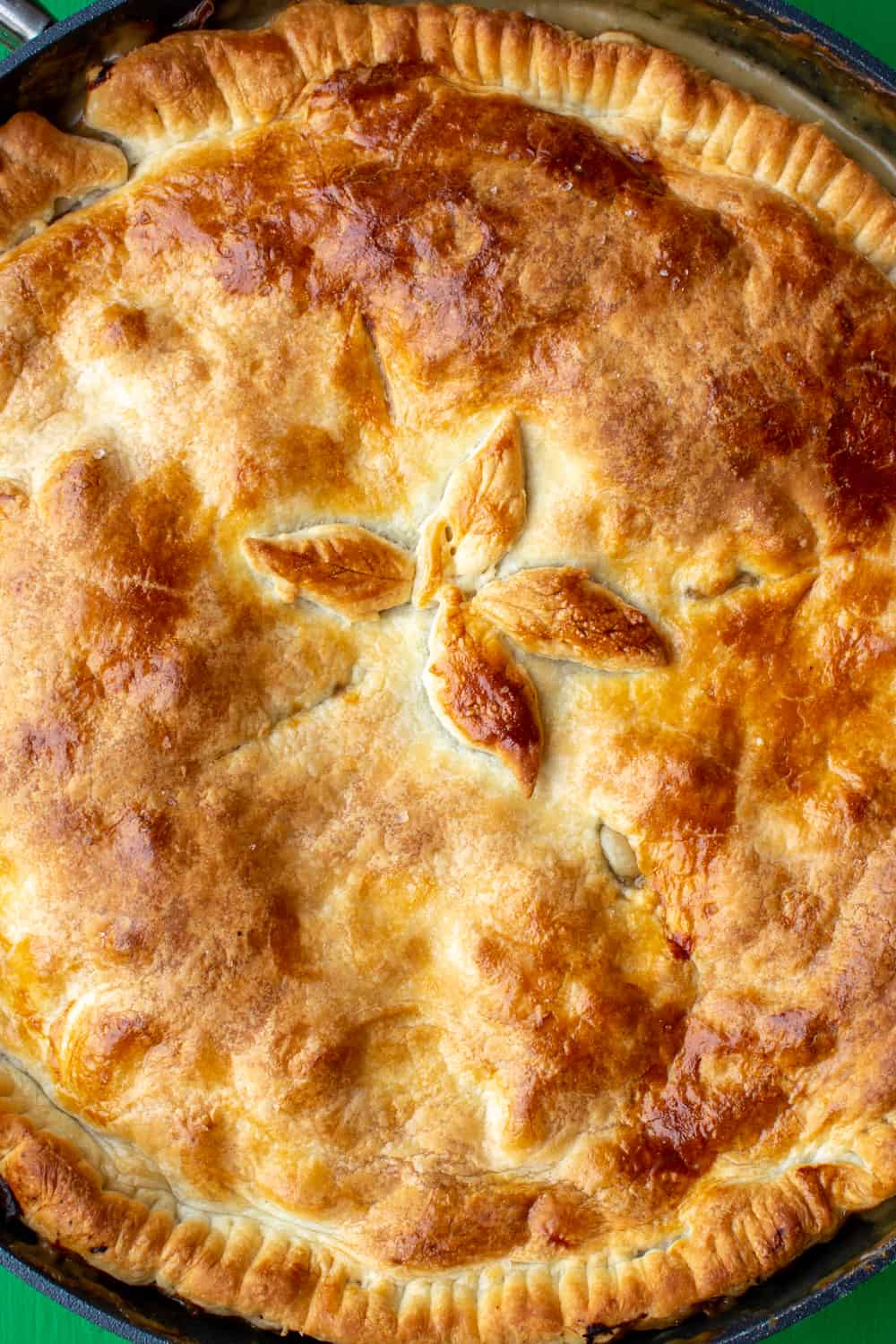 I opted for chestnut mushrooms in this veggie pie as they’re cheap and more flavoursome than your standard button/white mushrooms. They are also more nutritious.

The combination of leeks and butter, sweating over a low heat, creates the most comforting base to start this veggie pot pie on a high.

The perfect smoky contrast against the rich and creamy sauce.

I use standard single cream in this recipe but if you’d like to make this into a vegan pot pie recipe, feel free to swap with a plant-based cream.

Adds the most comforting, wintery vibes to the pie. You can sub with rosemary if you have that instead.

You can’t have a creamy pie recipe without a loooot of garlic.

The best low maintenance veg that can be thrown into the pie without any preparation.

As we’re putting in a lot of effort into the filling of this pot pie, we are taking the short-cut of buying pre-made, rolled puff pastry. Let’s leave the pastry making to the professionals. 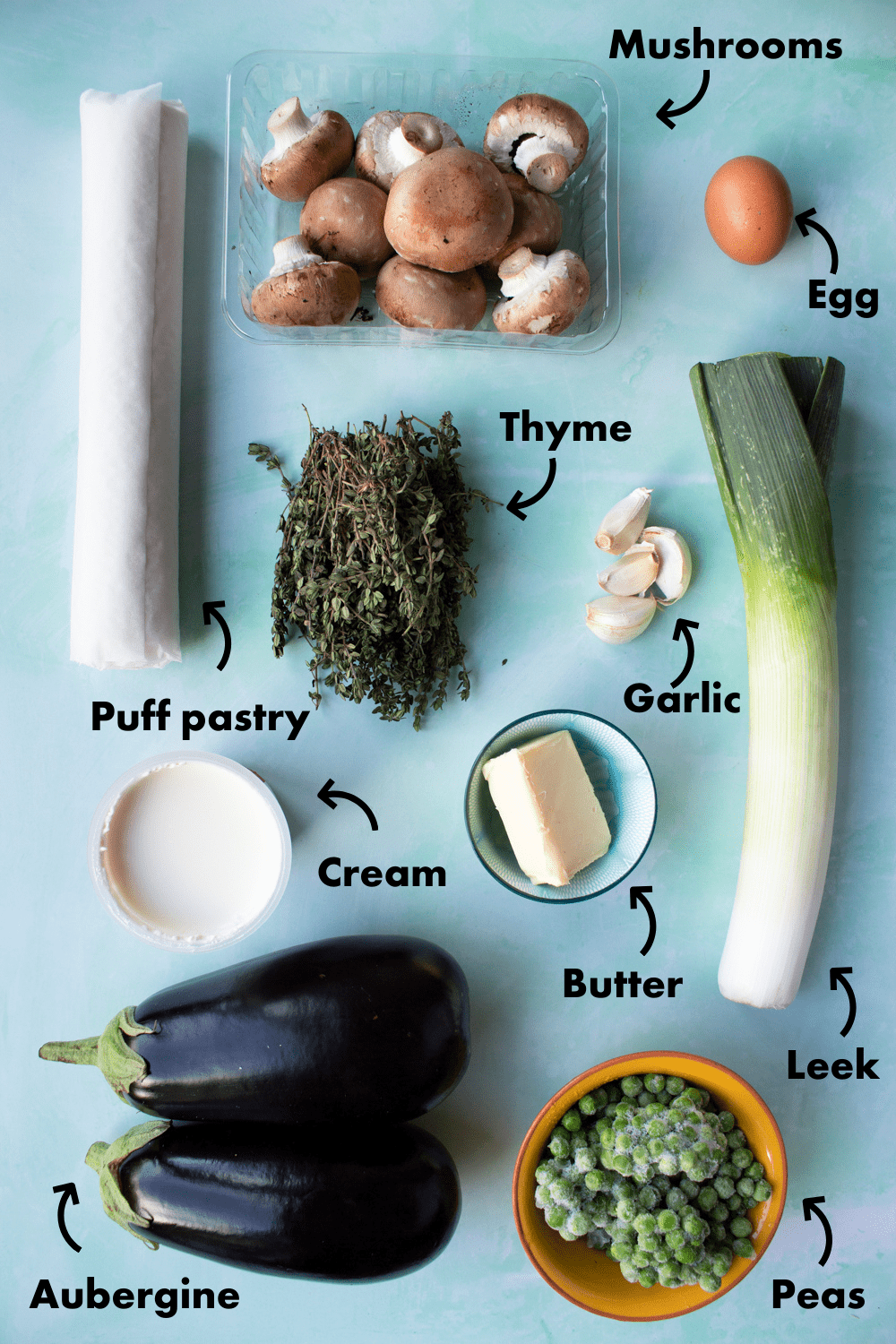 What other vegetables could I use?

This vegetable pie could be filled with so many different vegetables. Any of the following would work well: 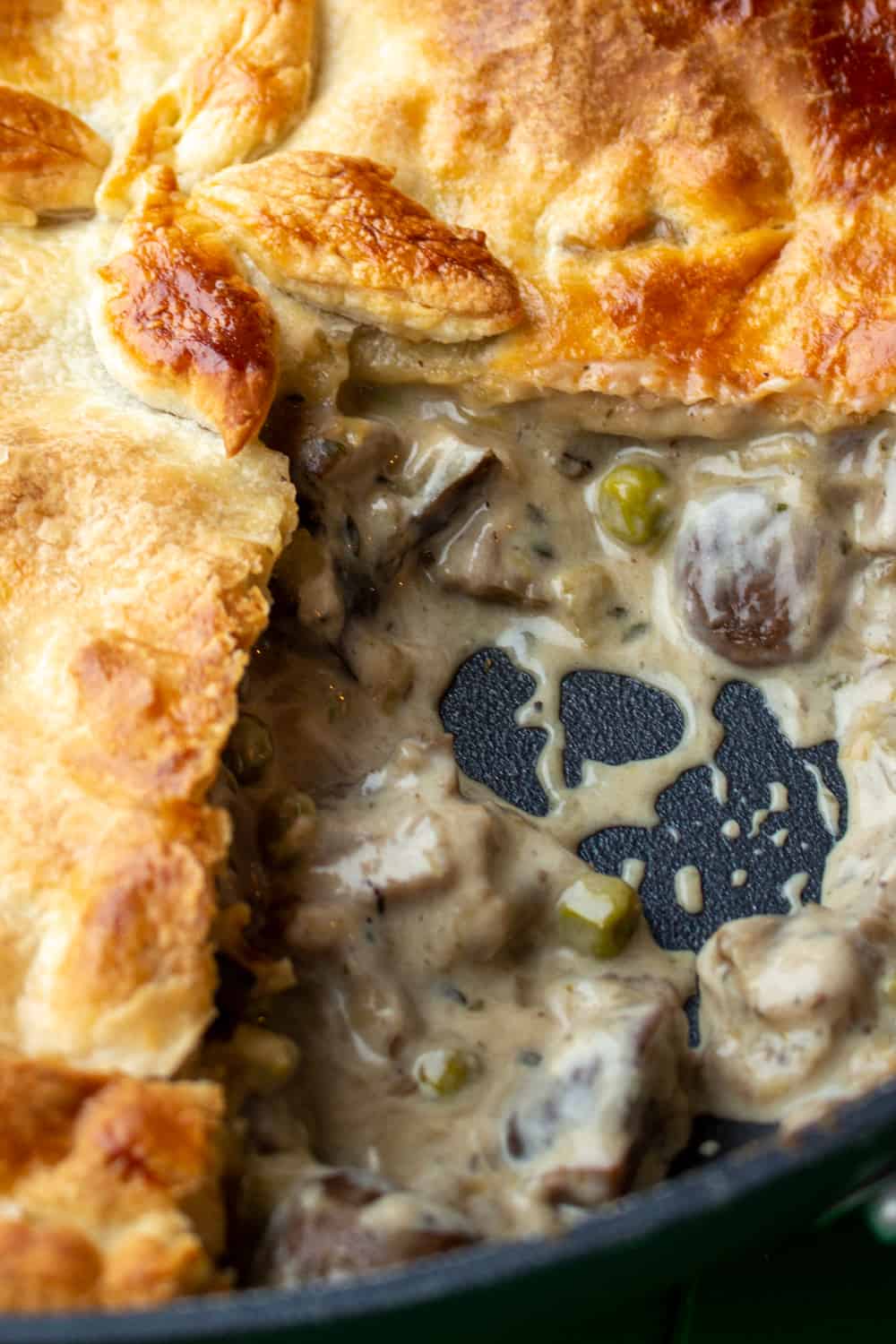 Can I freeze this veggie pot pie?

You can freeze this recipe at the point of adding the filling and placing the puff pastry on top, before adding to the oven. When it’s time to eat, defrost and coat with the egg wash before following oven instructions.

Can I make this recipe vegan?

Yes definitely! I’d swap the cream for something like elmlea single plant-based cream (not sponsored). Your favourite vegan butter to substitute the butter we use to sweat the leeks in and finally, I’d swap the egg with a plant-based milk like unsweetened almond milk to allow the puff pastry to get that golden glow.

Can I switch the leeks with another ingredient?

Yes you can substitute the leeks with 1-2 thinly sliced white or red onions. 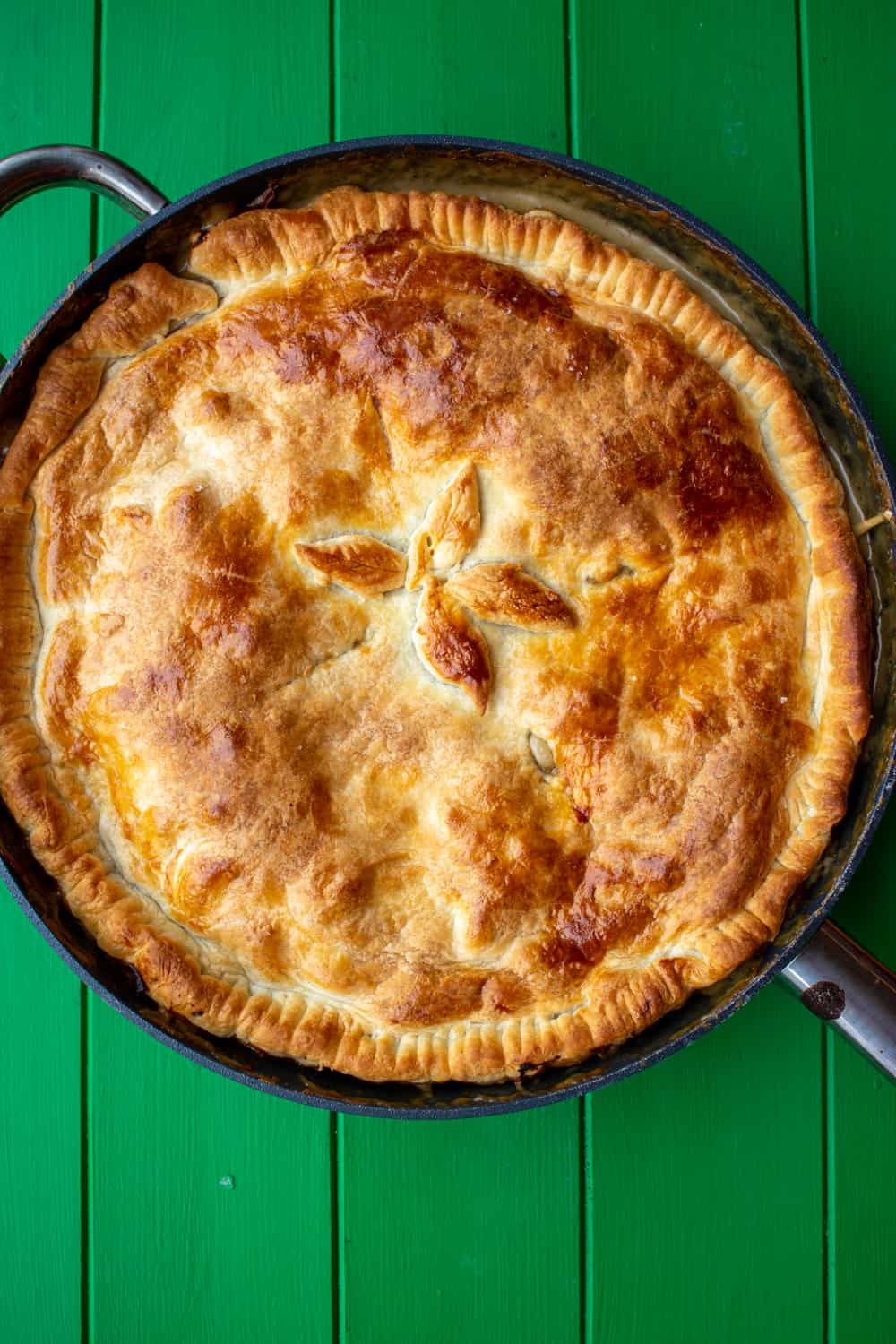 * Roll the pastry out so that it covers your skillet with a few inches to spare. Set aside in the fridge. 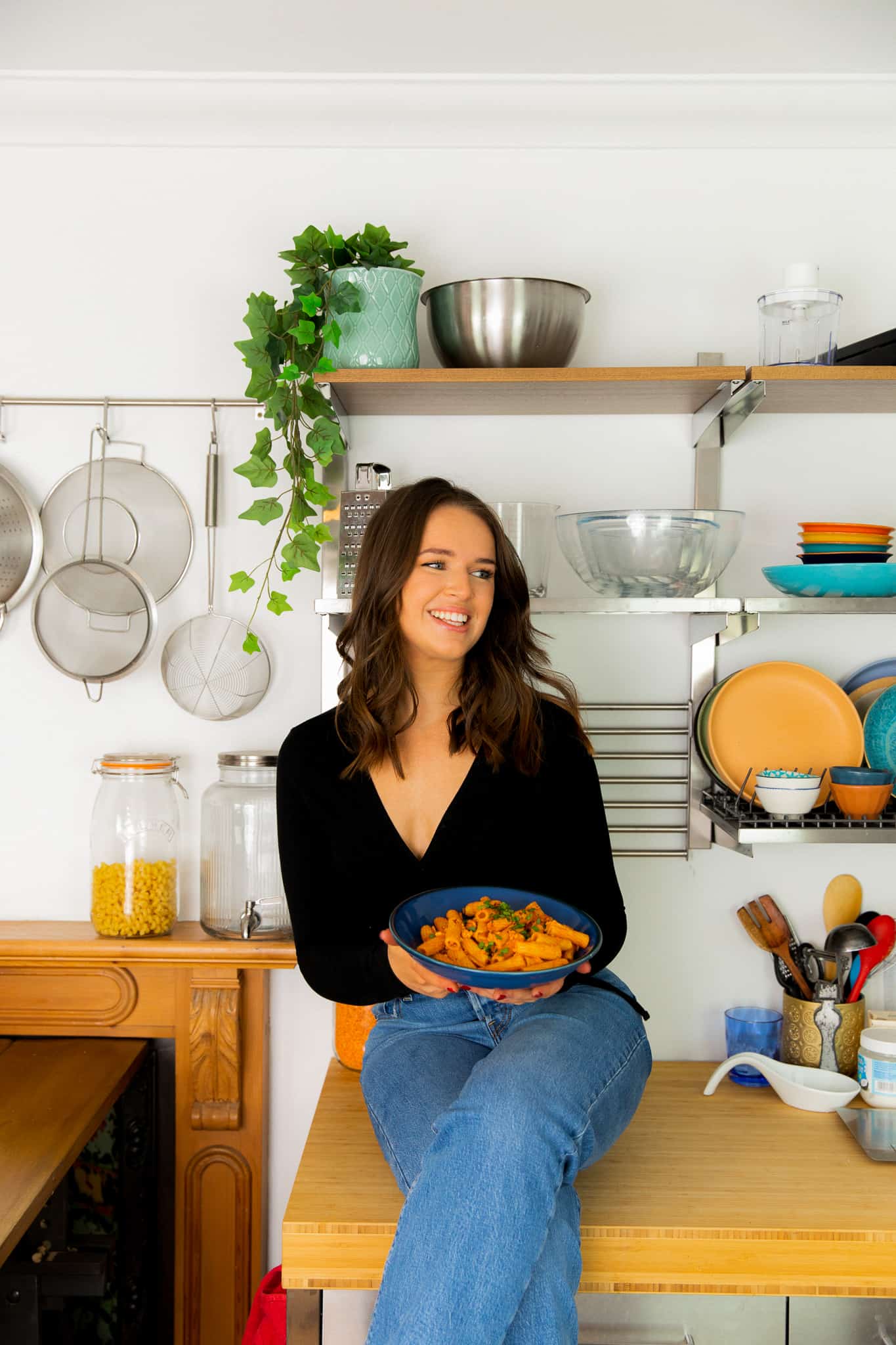 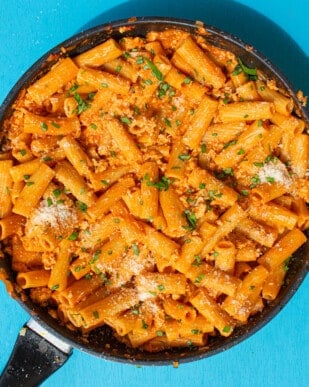 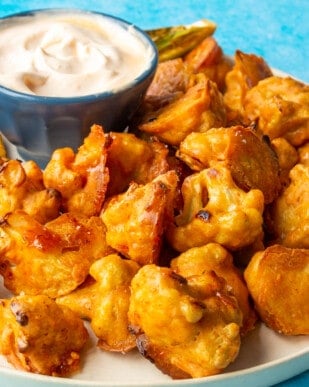 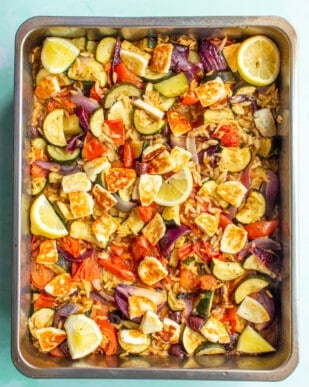 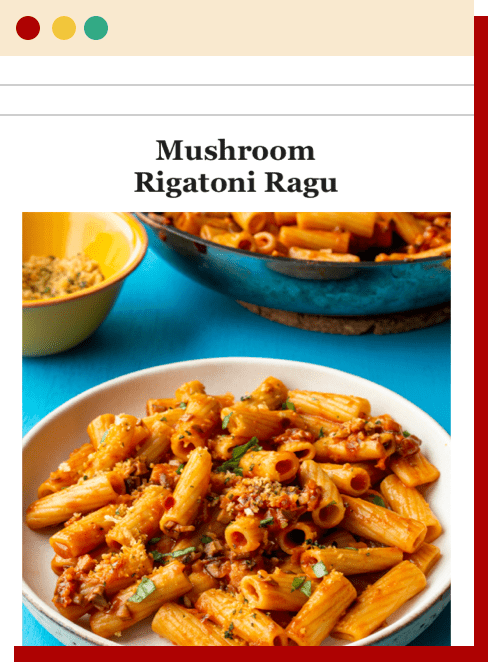 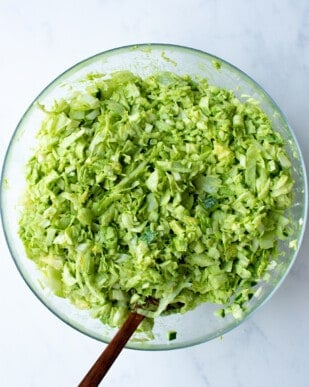 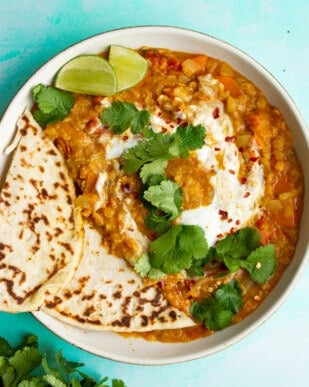 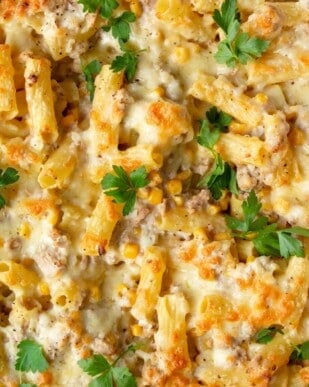 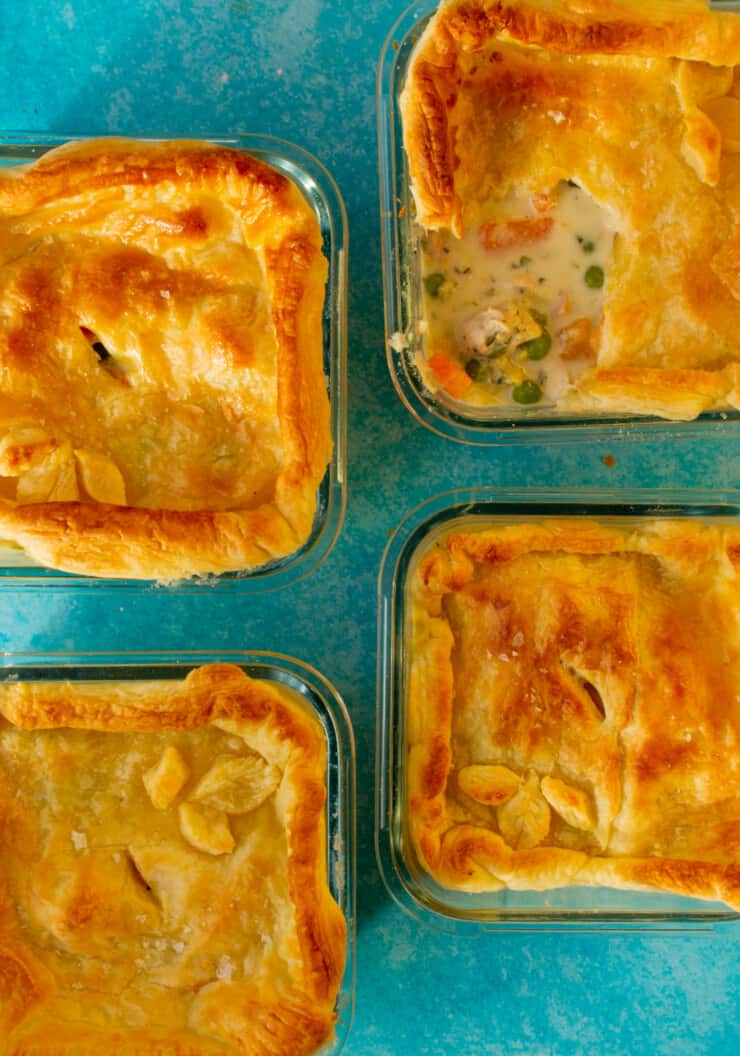 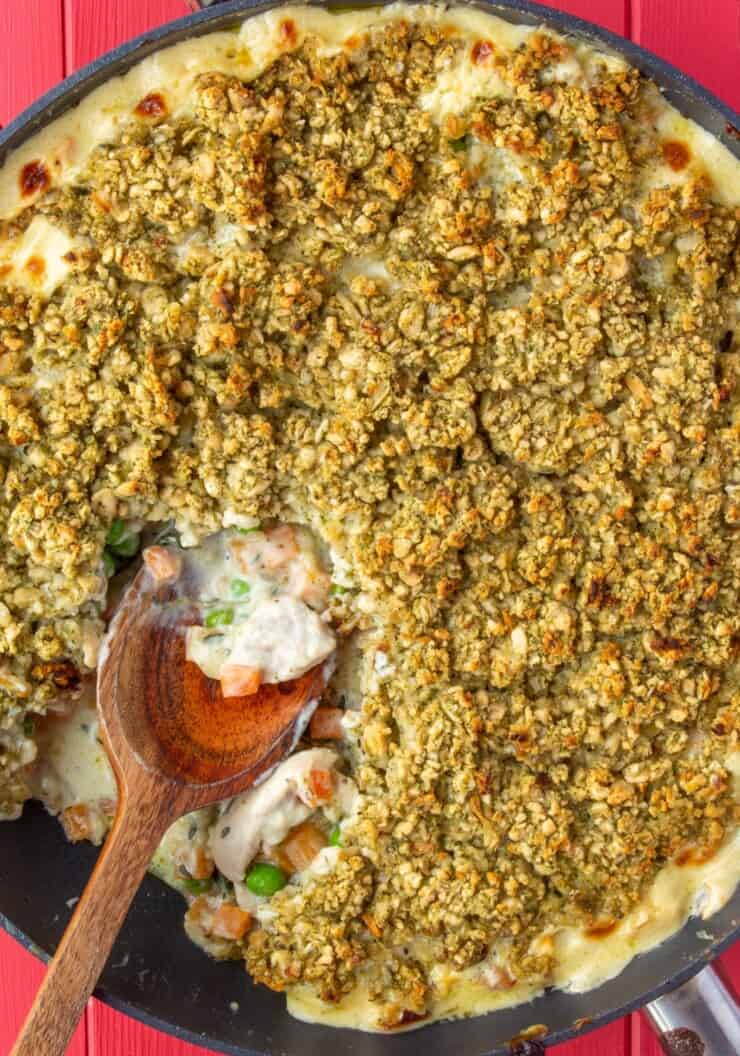 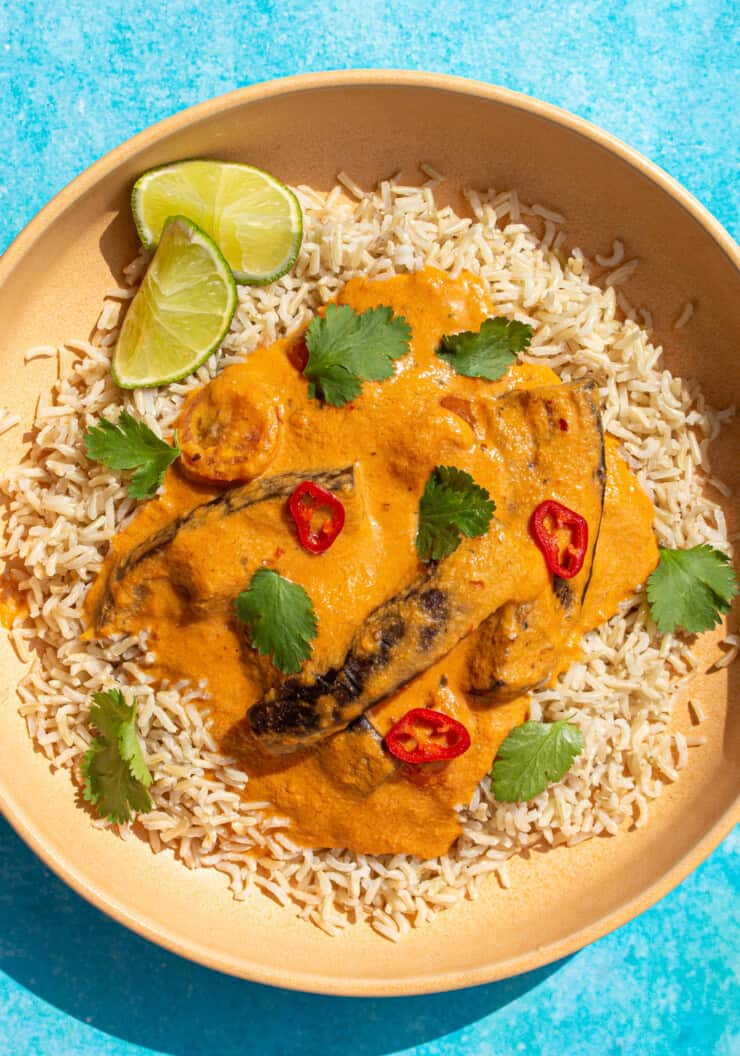 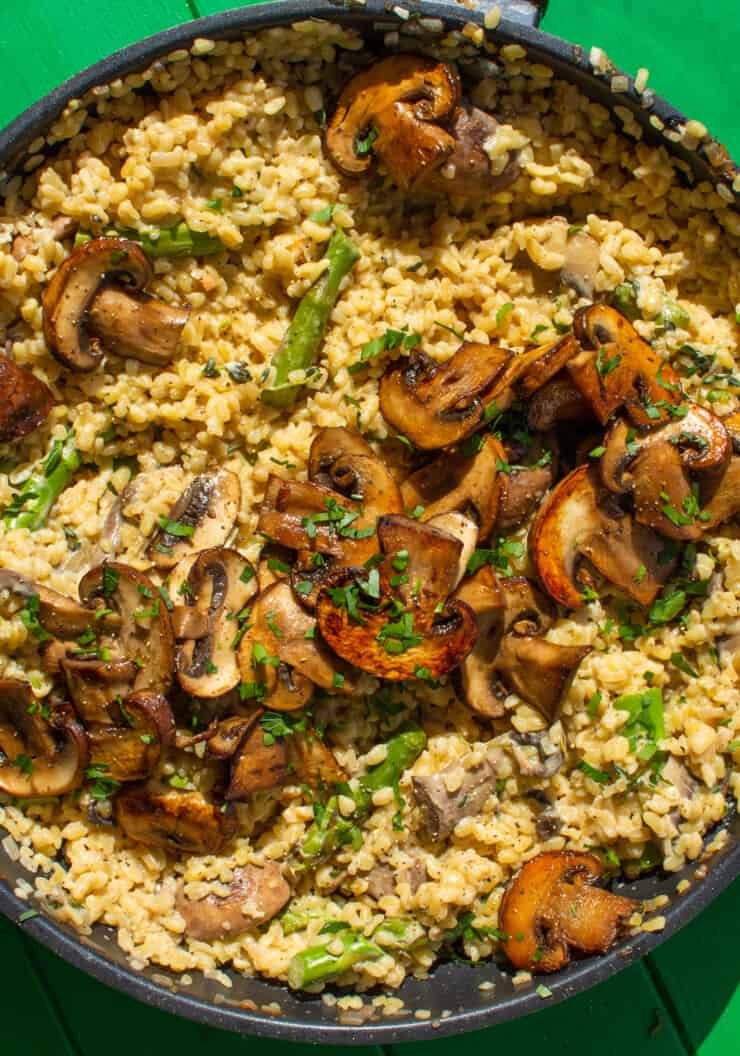